You are inches from your car or home door and someone slams you against it from back, your next step will determine your outcome, do you know what to do?


What is your main objective when physically attacked around your car and home? To remove yourself and your loved-ones from the situation with minimal damage.

This can happen only in two ways:

To do this, you have to be mentally and physically strong! As you go through the program, you will transform your mind and body, and grow unshakable confidence in your ability to protect yourself in any situation.

Here are the topics that we will cover:

I recommend finishing Krav Maga Car Defense Training 1 before moving into this course. 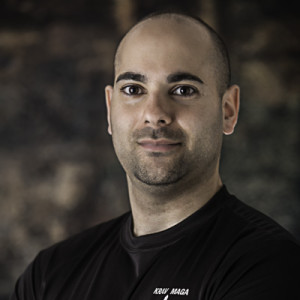 Chanan is a reserve lieutenant in the IDF Special Forces and commanded counter-terror units and worked with the Israel Security Agency (Shin-Bet). He trained soldiers in Krav Maga, active shooter & counter-terrorism, defense against stabbing attempts by terrorists, soldier kidnap, and gaining control over terrorists armed with weapons.

What is Krav Maga?
Our Krav Maga training prepares YOU to protect yourself in real-life situations, while developing situational awareness and the proper mindset. As a result, you will also develop confidence in other areas of your life. Our Krav Maga training is the same as taught to Israeli Special Forces – it’s straight and to the point. The goal of the training is not sports or competition, but rather to save your life.
How practical and useful are the moves taught in the training course?
The training scenarios are realistic and the reaction of the participants is unscripted. You will learn from actual situations and reality-based training. Not theory.
Do I need any prior experience?
Absolutely not!